State looks to give tourism boost to Keys 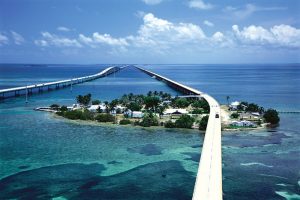 State looks to give tourism boost to Keys

The state’s tourism-marketing agency is again focusing attention on the Florida Keys after the area was battered less than a year ago by Hurricane Irma.

While boasting about how quickly the Keys were able to reopen after last September’s storm, VISIT FLORIDA’s approximately $200,000 “Keys to Summer” campaign is intended to reaffirm the islands are open.

Unlike a $5 million post-Irma marketing effort last fall and winter, a big part of the upcoming drive will involve the use of social media.

The campaign also is employing digital billboards in West Palm Beach, Fort Lauderdale and Miami that show the miles to the Keys and includes a partnership with American Airlines highlighting a new direct route from Dallas/Ft. Worth International Airport to Key West International Airport.

A report for VISIT FLORIDA by Tourism Economics, an Oxford Economics company, found that Irma cost the state $1.5 billion in visitor spending, based on tourism trends before the storm swept through the state.

Irma made landfall in the Keys and Collier County before barreling north. Even with the storm, Florida attracted a record 116.5 million visitors last year.

The Tourism Economics report estimated the number could have been 1.8 million visitors higher without the storm.

State lawmakers approved providing $76 million to VISIT FLORIDA for the current year and the same amount for the fiscal year that starts Sunday.