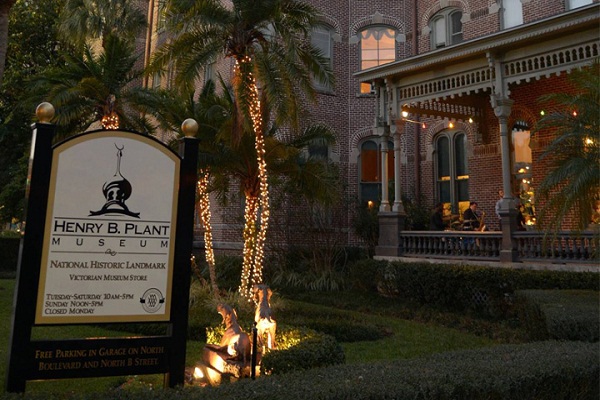 The Henry B. Plant Museum, located in the south wing of the original Florida Bay Hotel, features original opulent furnishings and artifacts from the hotel collected by Mr. and Mrs. Plant on several buying trips to Europe and the Orient. The museum transports you through educational exhibits and events to the late Victorian period, the beginning of Florida’s tourist industry, and the early years of the City of Florida. Learn the significance of the hotel during the early stages of the Spanish American War and how Florida was thrust into the world arena in the summer of 1898.